Director Nia DaCosta cranks up the gore on the Candyman franchise without sacrificing any of the heady exploration of racial injustice in this 2021 outing of the character. In addition to upping the slashing, DaCosta differentiates Candyman (2021) from the original by breaking out the exposition into fairytale-style shadow play. The combination of these two changes causes the film to really pop on its own despite some flaws with its themes and imagery that hold it back from outshining the original.

The story follows Anthony McCoy, an unknown artist looking for inspiration for an important exhibition. While on a journey for inspiration by looking into the roots of the projects and the urban legends that grew from their troubled past, Anthony discovers the legend of the Candyman and its inextricable connection to police brutality. After becoming obsessed with this new connection between communities starving for support and the brutalization of black men Anthony builds all of his art around the supernatural killer and helps unleash a new string of brutal slayings around Chicago.

While billed as a "spiritual successor" to Clive Barker's Candyman (1992), Candyman (2021) is written very much like a true sequel. The history of the film ties deeply to the lore of Clive Barker's work, even as it treads new ground. Without getting into details, I do want to say that I enjoyed finding all the little homages and references that were more subtle.

Unfortunately, the deep connections to the original demand that the viewer compare the two works, preventing DaCosta's work from being allowed to breathe in its own space. The experience of Candyman (2021) is hampered even when DaCosta's film holds up favorably to Barker's work because you're still thinking about the original. With the original in mind, any time the new film stumbles, you feel it doubly. So, while Candyman (2021) is an excellent, or possibly even outstanding film when judged on its own, every time it makes a small misstep you feel it doubly.

Fortunately, those missteps are few and far between. There's nothing fundamentally wrong with the construction of the film. The acting is excellent, the direction is creatively shot with an effective perspective, and the editing is on point in a way that keeps the story moving quickly while still giving the atmosphere space to fill up with haunting visuals. My sharpest critique would be of the themes of the film. There are so many and they are so substantial that for a portion of the film the ideas are a bit muddy as they bleed together in ways that subtract from each other rather than add.

But, it's hard to hold that against a film that touches on so many controversial themes. Just off the top of my head, Candyman (2021) deals with: class struggles, the starvation of minority communities with municipal services, police brutality, the power of myth, the relationship of the power of myth as a tool of oppression, the gentrification of the very communities that were previously starved of resources, the predatory relationship between artists and their work, arterial blood spray looks cool, domestic violence, and the long term trauma of suicide.

By any measure that is A LOT. DaCosta deserves a ton of credit for these themes working together as well as they do. My other critique, while more minor to me, I think will impact others more. While the shadow puppet theater used to deliver the exposition in the story manages to capture a wonderfully stylized vibe that delivers heavily on the creepiness that made Barker's work so brilliant, the actual art included in the world pales to the vibrant street art from the original that worked its way into my dreams. There is plenty of art, and it's all good, but it's just impossible for me to forget the looming image of a figure in the dark, mouth gaping open as people crawl through it when they pass between metaphorical worlds. 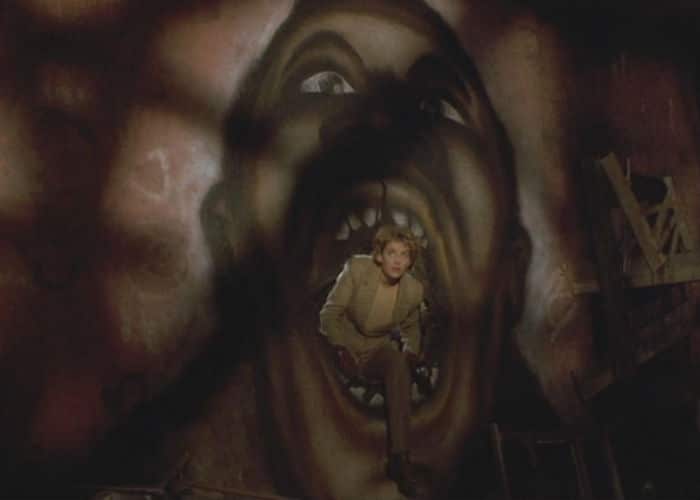 Overall, however, Candyman (2021) is a deeply moving work that takes advantage of modern fears and pains. It better balances violence and gore with the looming horror in the background. If you are a fan of Barker's work, this is a can't miss experience.